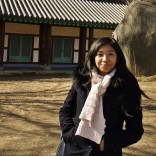 It has been almost 2 months since I arrived in England in the middle of September and started living in Brighton. Brighton might not be known so much by people outside the United Kingdom (UK), and some people might even mistaken it with Brighton of Melbourne, Australia. Located on the seaside, Brighton is a small resort town about an hour train ride to the south of London, which is a favorite holiday destination for Londoners. Brighton and its neighbor Hove are towns, but together they form a city called Brighton & Hove (yeah, easy) started from year 2000. It is going to be my home for the next one year (minus 2 months) while I am studying a Master Degree in one of the universities in Brighton. So, what can I say about this new home of mine?